Things to do in Bangkok

Open Air Thai Food – Things to do in Bangkok
Given that one of the first things Thais ask each other when they meet up is “Have you eaten yet?” it’s clear this is a nation that’s extremely passionate about eating.
Do you want to know how good a Thai restaurant is? Don’t look at the menu, the decor or even the prices. Look at the number of people inside. That’s your quality indicator.

Banglamphu – Things to do in Bangkok 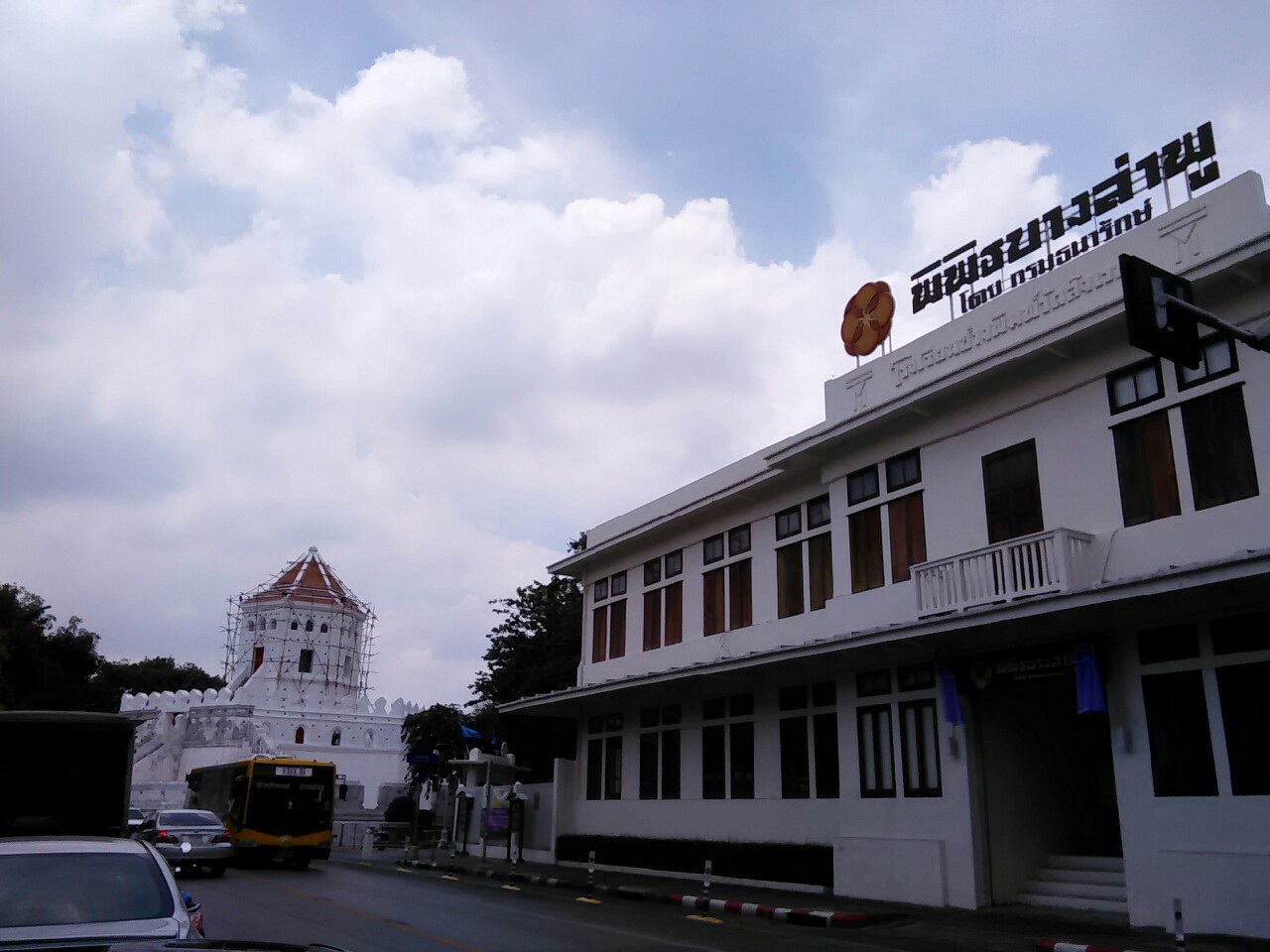 Banglamphu  Easily Bangkok’s most – charming neighborhood, Banglamphu is the city’s former aristocratic enclave, once filled with minor royalty and riverside mansions. Today the old quarter is dominated by antique shophouses, backpackers seeking R&R on famous Khao San Road, civil servants shuffling between offices and lunch spots, and bohemian artists and students. Vendor carts and classic restaurants also make a patchwork quilt of Banglamphu, offering ample options for a roving stomach, and the area is also home to some of the city’s best bars.

Travel around Bangkok with Van with Chauffeur – Luxury Van Rental  – Things to do in Bangkok
Airport transportation or traveling around Bangkok, your family will be impressed with the high quality of service.
Limousine Bangkok Luxury car rental Bangkok – 155 USD per day
For additional information or to reserve a Call +66859699990 or

Jim Thompson House – Things to do in Bangkok

Jim Thompson House city The late American entrepreneur Jim Thompson used his traditional Thai-style home as a repository for aging Thai traditions and artwork. Jim Thompson was an American businessman who helped revitalize the Thai silk industry in the 1950s and 1960s. A former U.S. military intelligence officer, Thompson mysteriously disappeared from Malaysia’s Cameron Highlands while going for a walk on Easter Sunday, March 26, 1967. Many hypotheses have been advanced to explain his disappearance. Theories range from his committing suicide to his being carried away by aborigines. The Jim Thompson House is a museum in Bangkok. It is a complex of various old Thai structures that Jim Thompson collected in from all parts of Thailand in the 1950s and 60s. It is one of the most popular tourist destinations in Thailand. As Thompson was building his silk company, he also became a major collector of Southeast Asian art, which at the time was not well known internationally. He built a large collection of Buddhist and secular art not only from Thailand but from Burma, Cambodia, and Laos, frequently traveling to those countries on buying trips.
Getting There = Located in the center of Bangkok, the museum is conveniently reached by car, taxi, Tuk-tuk, and the BTS Sky Train. Jim Thompson House Museum 6 Soi Kasemsan 2, Rama 1 Road, Bangkok 10330. Phone Tel: (662) 216-7368
Jim Thompson House near Siam Square, Pratunam, Phloen Chit & Ratchathewi

Chatuchak Weekend Market  – Things to do in Bangkok

In a city obsessed with commerce, Chatuchak Weekend Market takes the prize as Bangkok’s biggest and worst market. Silks, sneakers, fighting cocks and fighting fish, puppies, and souvenirs for the insatiable Westerner – if it can be sold in Thailand, you’ll find it here. From every day to clubby, clothes dominate much of the market but, this being Thailand, food, and drink also have a strong – and refreshing – presence, making Chatuchak as much about entertainment and eating as it is about shopping.

Wat Pho -Things to do in Bangkok

The grounds of Wat – Pho claim the 16thcentury birthday, predating Bangkok itself. In addition to being the country’s biggest temple, Wat Pho is home to a school of traditional Thai medicine, where on-site massage pavilions facilitate that elusive convergence of sightseeing and relaxation. Still not impressed? Let us not forget Wat Pho’s primary Buddha – a reclining figure that nearly dwarfs its sizeable shelter. Symbolic of Buddha’s death and passage into nirvana, the image measures 46m and is gilded with gold leaf, making it truly larger than life.

Ko Ratanakosin & Thonburi – Things to do in Bangkok

Even avowed anticonsumerists weaken in Bangkok. One minute they’re touting the virtues of a life without material possessions, the next they’re admiring the fake Rolex watches and mapping out the route to MBK Center. Bangkok’s malls, however, are just a warm-up for the markets, the cardio workout of shopping. In this city, footpaths are for additional retail space, not for pedestrians. In addition to Chatuchak Weekend Market – one of the world’s largest markets – Bangkok is an established destination for bespoke tailoring and has its own emerging fashion

Mae Nam Chao Phraya (the Chao Phraya River) is always teeming with activity: hulking freighter boats trail behind dedicated tugs, river-crossing ferries skip across the wake, and children practice cannonballs into the muddy water. Y can witness this from the shore (ideally from Ko Ratanakosin or Thonburi), from a chartered long-tail boat or while on the deck of a river taxi. Regardless of your vantage point, as the blinding sun slips below the horizon in serene streaks of reds and golds, sooty Bangkok suddenly looks beautiful.
Mae Nam Chao Phraya (the Chao Phraya River) not far from Ko Ratanakosin & Thonburi

Chinatown Yaowarat – Things to do in Bangkok

Songkran is the Thai New Year’s national holiday. Songkran is 13 April every year, but the holiday period extends from 14–15 April. In 2018 the Thai cabinet extended the festival nationwide to five days, 12–16 April, to enable citizens to travel home for the holiday.

In Thailand, New Year is now officially celebrated on January 1, Songkran was the official New Year until 1888, when it was switched to a fixed date of April 1. Then in 1940, this date was shifted to 1 January. The traditional Thai New Year Songkran was transformed into a national holiday
If the idea of no-holds-barred water-based warfare appeals to you, make a point of being in Bangkok during April. With origins in an ancient religious practice of Buddha images being bathed’, in recent decades the celebration of the Thai lunar New Year has evolved into a citywide water fight. Foreigners, especially well-dressed ones are obvious targets, and the majority of the mayhem occurs on Th Khao San. In addition to water-throwing, festivities include open-air concerts and visits to Buddhist temples.

Thai Cookery Schools
Why let a plump tummy be the only sign of your visit to Thailand? Instead, spice up your life – and your dinner-party menus – by learning to create the kingdom’s zesty dishes in your own kitchen. Cooking schools in Bangkok range from formal affairs for amateur chefs to home cooking for the recipe-phobic. Everyone always has a grand time, visiting a wet market, fumbling with ingredients, tasting the fruits of their labor and trotting home with new cooking techniques.
Recommended cooking school in Bangkok – Baipai Thai Cooking School,
Feel at home while cooking in Baipai Thai Cooking School’s home-style kitchen. The kitchen itself is thirty minutes outside of Bangkok in a residential area, making your experience here a peaceful and relaxed one. With hands-on techniques and professionals helping participants every step of the way, you will be sure to leave Baipai Thai Cooking School with a few tricks up your sleeve for the next time you find yourself in your own kitchen. There are three different courses you can choose from, including team-oriented cooking classes (ideal for companies or businesses), private classes and regular cooking classes.
Baipai Thai Cooking School, 8/91 Ngam Wongwan Road, Soi 54, Ladyao, Chatuchak, Bangkok, Thailand +66 02 561 1404.